Here you'll learn about many children battling DIPG (diffuse intrinsic pontine glioma) who are making history in Monterrey, Mexico, where they're receiving a promising new treatment called intra-arterial chemotherapy and immunotherapy.The project originally included 11 children. Naturopathic doctor and writer Kimberly Beauchamp told the children's stories, and photographer Robyn Ivy captured their images. The stories were published on www.makingdipghistory.com.As interest in this treatment has grown and more children have made the journey to Monterrey to receive it, this page has expanded to include the stories of other fighters, as well as the angels who have helped forge the way towards a cure for DIPG.
Some short DIPG stories
Annabelle Nguyen

Does this child appear sick to you? Looking at this gorgeous girl, you'd never know she had a monster growing in her brain, waiting to claim her life.Annabelle has DIPG, and she needs a costly, non-covered treatment to save her life.The treatments she's getting in Monterrey are working, but she cannot stop receiving them now. Her parents have exhausted their personal funds and are turning to the kindness of strangers to help them save their precious daughter.
Please consider supporting this family. Share this post and help give Annabelle the chance at life she deserves.
Donation information:
https://www.paypal.me/sandyng84
https://www.gofundme.com/fighting-dipg-with-annabelle
To read more about this incredible girl, visithttps://makingdipghistory.com/2017/07/19/annabelle-nguyen/
More of this story on a separate page
Andrea Ottaviani - Italy
Staying in Mexico for treatment has taken its toll on Anni. Being away from her sister has carved a hole in Anni’s heart that she doesn’t pretend to hide; the mere mention of Clarissa’s name like a light switch sends Anni into sobs. 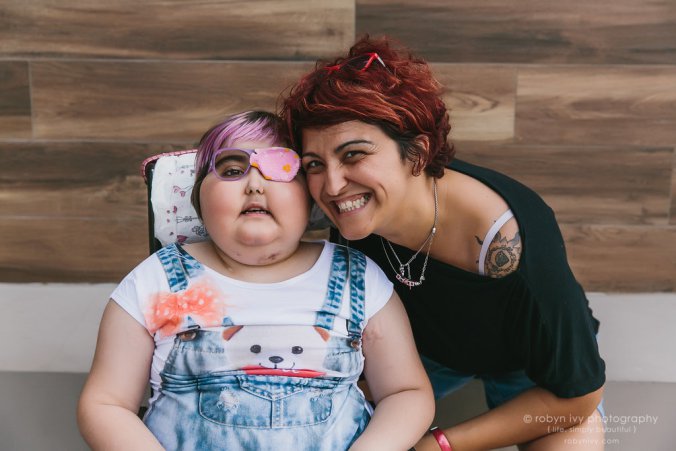 Elena explains that Anni always thinks of others before herself. She carries this with her even now, as she refuses to complain out of consideration of worrying her mother. How do you tell a child to disregard her own nature to want to shield you from her pain? How do you ask her to let you hold it, instead?

On November 14, 2015, Anni complained of a severe headache on the back of her head and her legs gave out during a karaoke evening with friends. For several days before, Elena described Anni’s eyes as looking grey and “off.” She also recalls Anni uncharacteristically crying, “Mamma! I miss you!!” when Elena started a new job. She was 7 years old at the time.

After her diagnosis, Anni underwent 46 sessions of radiation, accompanied by an experimental drug for DIPG. As of January 2016, she was doing beautifully, going to school and playing normally. But after radiotherapy stopped, her symptoms resumed: double vision, trouble swallowing, and difficulty moving her arms and legs. To help control these and ease the pain in her body, she takes high-dose steroids and morphine.

Anni’s undergone two IA treatments so far in Monterrey. Her tumor has shrunk since starting IA, and she’s able to move her right arm more than she was. Once she’s weaned off of steroids, she’ll be able to start immunotherapy, too, which will help kick start her immune system to fight this tumor.

More of this story on a separate page 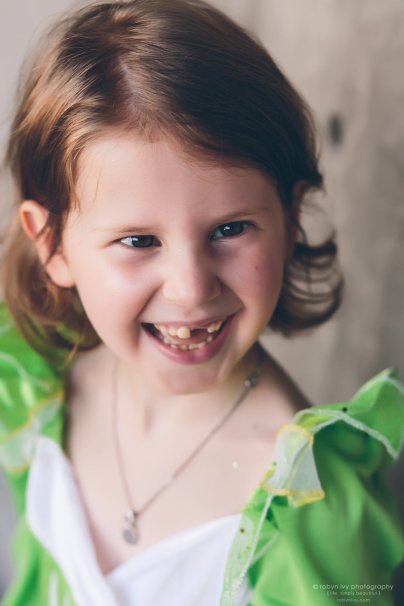 We met with Zoé our last evening in Monterrey. Her family had just moved into their new apartment, where Zoé was quick to absorb my daughter Lily into her inner circle, cuddling her, presenting her with a handmade gift, working together on a puzzle, and watching one of Zoé’s favorite Disney movies (in French!). Her mother Emilie pretended to have her feelings hurt that Zoé allowed Lily to play with her, which delighted Zoé to no end.

At first, Zoé wasn’t keen on standing by herself as the center of attention while having her picture taken. She warmed to the lens though when Emilie reminded Zoé of her “modeling” poses, which Zoé embraced with hand on hip and cheeky turn of her head.

More on a separate page

HOW TO RESPOND TO A NEWLY DIAGNOSED CANCER MUM

Most cancer mum's loose many of their friends and family members in the early weeks of their kids diagnosis. The primary reason being most people don't know how to respond, so here's some tips:

1. Don't tell her you're sorry, its not your fault and she can't do shit with "I'm sorry", just put your arms around her and tell her " I'm here".

2. She's processing her child having cancer and adapting to living in a hospital so in those early weeks expect her to be an emotional wreck jumping from despair to rage in a flash. Don't take offense to anything she says or does and if you're there let her take a break if she needs it, offer to sit with the kid while she goes for a coffee or smoke or whatever. She has to be stronger around her kid than anybody should have to be so its the only time she gets to break down.

3. Make the effort to visit her while in hospital, its the loneliest place in the world at what is the hardest time in her life so far. You have no idea how much it means to have someone you know around even if its just briefly.

4. If your children are friends with her child bring them to visit, they need them more than ever now.

5. Don't make assumptions about what she needs or wants, ask her. Its lovely you want to give her a bath set but trust me she's not pampering herself right now. She's probably not been home since diagnosis and the nicest thing you could probably do is offer to take her keys and bring in anything she wants from home.

7. Don't bring up religion just now, even if the mum is religious. As a general rule don't bring it up to any cancer mum at any stage unless they do it first. And if they do you have to respect and not criticize what they say whether you agree with it or not. They believe God is gonna heal their terminal child- no argument. They believe God is an evil cunt- no argument. The cancer mum and her child matter more than any ideology.

8. Don't tell her she needs to take care of herself, as well intentioned as it is it's just gonna feel like criticism. She is gonna fall apart in the next few weeks, its natural. Expect her to get skinny because she can't face eating right now. Expect her to look and smell bad because she can't face showering and doing her hair and make up every day right now. Expect it and just support her, don't try to fix her she can't be fixed and needs support right now more than you'll ever know.

9. She needs distraction right now as much as consolidation. Talk about other things than just her kids cancer. Try to laugh with her as well as cry with her.

10. There isn't a right thing to say, there isn't anything that you can say to make it better. You just need to be there to talk to and listen to her. Even saying the wrong thing hurts her a million times less than staying silent and disappearing from her life.

Now you can't use that excuse anymore, if your friends or family members experience the hell of their kids getting cancer be there for them the way you would want and need them to be there for you and your child.