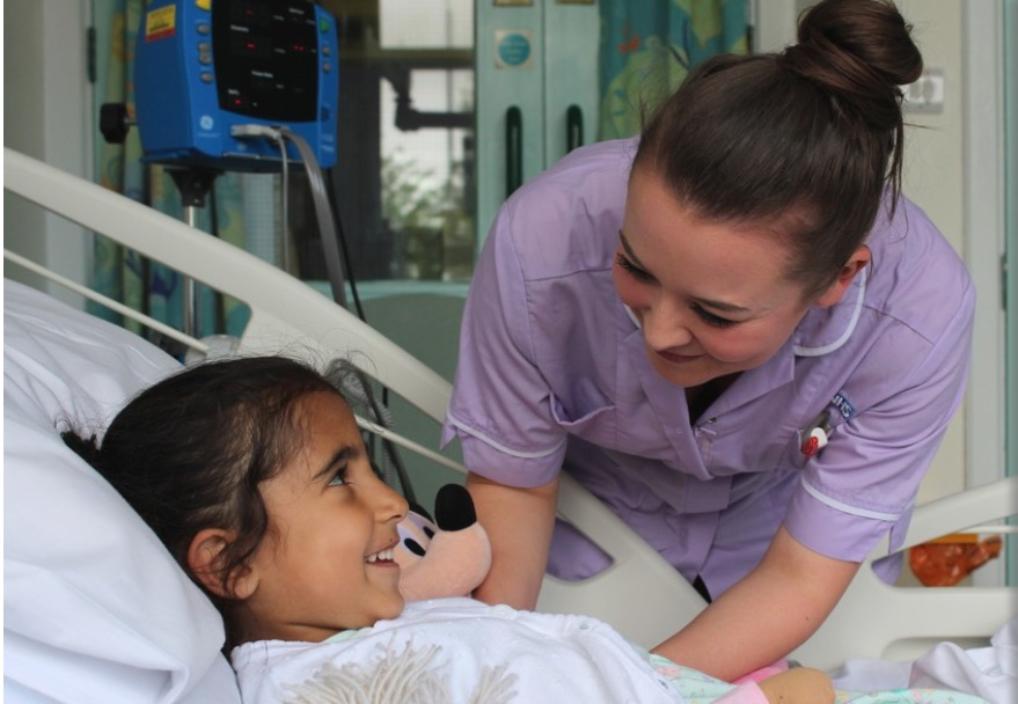 Patients and their families move into the new wing of Sheffield Children's Hospital!

Young patients and their families from across the UK and overseas will be getting some of the best care in the world thanks to world-class new hospital facilities which opened in Sheffield on Saturday 21st April 2018.

The superb new wing of Sheffield Children’s Hospital includes four world-class new wards that include award winning artwork. The wing even has a special Play Tower right at its heart which was completely funded by your donations to our Christmas Appeal in 2016.

All of the 72 new bed spaces at the hospital also include beds that will give parents a comfortable place to stay with their child – over half of patients in the new scheme will get private rooms with en-suite bathrooms.

Even before opening, the new wing had already won two national awards. Design Week gave its 2017 ‘Wayfinding & Environmental Graphics’ Award to The Children’s Hospital Charity for its work with designer Morag Myerscough devising four colourways from bright to calm across all the new bedrooms. This project was 2 years in the making and innovated by using standard hospital materials in a new way.

The new building also includes a new main entrance and a new Outpatient Department, both of which opened at the end of 2016.

Over £10million of the entire scheme was raised by our generous supporters and companies sponsoring bedrooms, treatment and therapy rooms as well as the huge Play Tower which was built to enable more play to be included for inpatient stays at the hospital. Your support has meant we have also funded brand new patient entertainment systems for each of the new beds.

The Children’s Hospital Charity Director, David Vernon-Edwards said: “We are so thankful to the many generous supporters that have helped us to raise this amount of money for the region’s biggest charitably supported healthcare project. We are delighted that together we’ve been able to provide cutting-edge facilities, above and beyond standard NHS provision, for children from all across the UK and beyond.’

The Royal Manchester Children's Hospital provides specialist healthcare services for children and young people throughout the North West, as well as nationally and internationally.

The hospital sees 220,000 patient visits each year across a range of specialties including oncology, haematology, bone marrow transplant, burns, genetics, and orthopaedics. With 371 beds it is the largest single-site children's hospital in the UK.

For Patient and Carer Information, including the services below, please see the Trust Homepage.