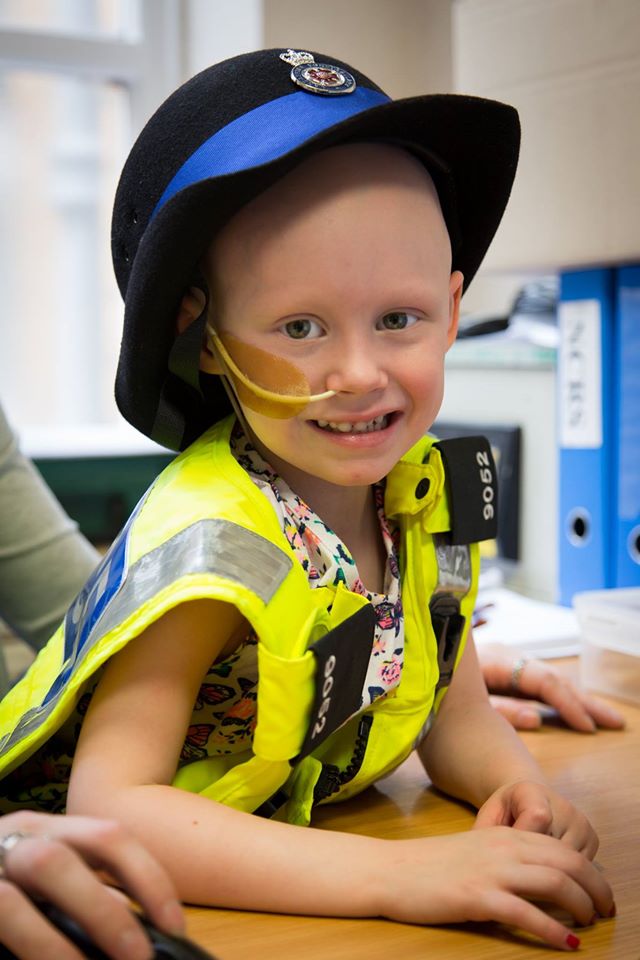 A four-year-old girl whose pain and suffering from a rare form of cancer was shared through an arresting image captured by her father, has died.

Jessica Whelan, from Oswaldtwistle, Lancashire, was diagnosed with stage four Neuroblastoma 12 months ago.

In a heartfelt message, Jessica’s father Andy Whelan posted on his daughter’s dedicated Facebook page the news that she had “finally found her peace”.

“I feel both sadness and relief in informing you that Jessica finally found peace at seven o’clock this morning. No longer does she suffer, no longer does she feel the pain of the physical constraints of her body.

“Now my princess has grown her angel wings and has gone to up to play with her friends and loved ones. She will now watch down over her little brother and ourselves until one day we are reunited again,” he wrote.

Mr Whelan thanked everyone who had been a part of the family’s journey with Jessica, and asked for privacy following her death and signed off as “a heartbroken daddy of the most amazing and beautiful girl”.

Neuroblastoma is rare form of cancer that commonly affects babies and children under the age of five. It is a cancer of the specialised nerve cells and is most commonly found in the adrenal glands of the abdomen, and the nerve tissue that runs alongside the spinal cord, in the neck, chest, abdomen or pelvis, according to Macmillan cancer support. Fewer than 100 children in the UK are diagnosed with it each year.

Earlier this month Mr Whelan had shared an image of Jessica reeling in pain, entitled “the real face of cancer”.

“This photograph was made in a moment that we as parents could offer her no comfort, her pushing us away while she rode out this searing pain in solitude,” he wrote at the time.

The family had set up a GoFundMe page for Jessica after being told she had months to live, to be able to pay for as many enjoyable life experiences as possible before her death. The family closed the donation campaign two weeks ago after Jessica began to deteriorate, at which point people had donated over £97,000 to Jessica’s cause.

This is the photograph that brought Jessica's plight to the world's attention. 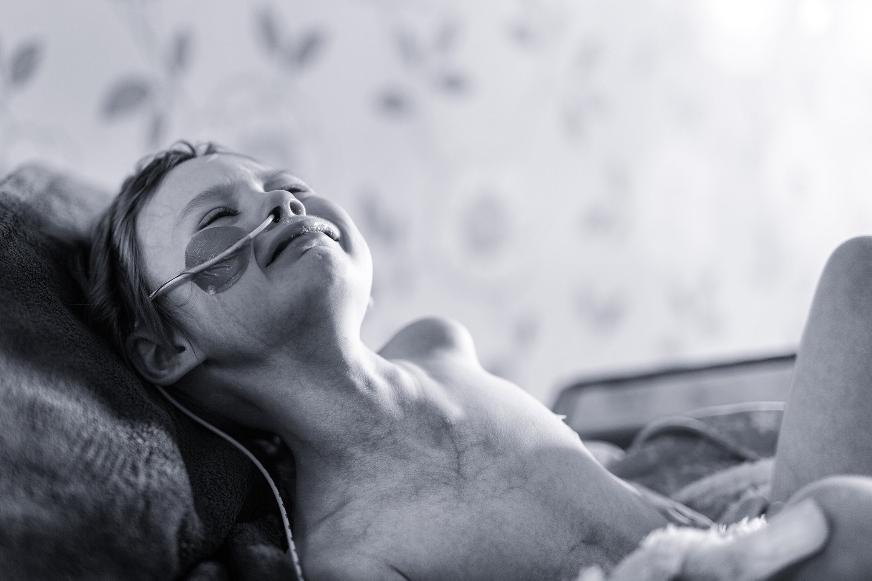 This is from Jessica's heartbroken dad, Andy:
As a photographer it is important to capture the truth and the reality of a situation, too easy it becomes to capture the joy of life whilst discarding the torture that we see.

This is the hardest photograph I have ever made, it is in fact my own four year old daughter. A few days ago she was given what is most likely only a few weeks to live after a battle against cancer that has been waged for over twelve months. This photograph was made in a moment that we as parents could offer her no comfort, her pushing us away whilst she rode out this searing pain in solitude. This sadly, for us as a family, is not a sight that we see rarely. This is now a familiar sight that we see regularly through each day and night, its frequency now more often. This is the true face of cancer, my baby girls blood vessels protruding from beneath her skin, a solitary tear running down her cheek, her body stiffened and her face contorted in pain.

I could try and use a thousand words to describe this image that we as parents are confronted with on a daily basis but these words would fall short of truly depicting the sight we see. With this photo I do not mean to offend or upset, I do mean however to educate and shock those that see it in it’s context. Perhaps by seeing this photo people not in our position will be made aware of the darkness that is childhood cancer, perhaps these same people may be able to do something about it so that in the future no child has to suffer this pain, so that no parent has to bear witness to their own flesh and blood deteriorating daily.
The only apologies I offer are to those that know Jessica, I understand that this photo is hard to see and even harder to absorb. To those that do not know Jessica I offer no apologies, this is what cancer does to a child in their final weeks and days!!! Before her diagnosis I was one of those ignorant to the darkness of childhood cancer, not truly appreciating the hell that it brings. It would never happen to us! Now I give childhood cancer the respect it deserves, seeing too many children suffering this same fate and watching families torn apart.

If this photograph only serves as a purpose to make people think twice about this evil and put into perspective what it does to a child then it has achieved its purpose. Research needs to be done, cures need to be found, too long now has this been allowed to happen.

Please I beg of you, as a heartbroken father, it is too late for
my daughter, but childhood cancer needs to be cured. No
family should have to go through this hell.
Footnote: The story about Jessica is rather longer and more comprehensive than the rest on this site because Andy, so brilliantly managed the Facebook site, "Jessica Whelan, The Fight Against Neuroblastoma", and he kept it up to date throughout Jessica's illness, right up to her passing on the 20th of November, 2016. ........... Bill R